Charleston metro is a new “boomtown” 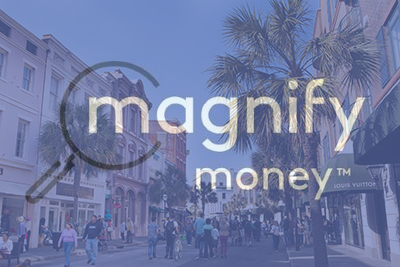 The historical narrative of economic opportunity is “chasing the American dream” – packing your bags and moving to ‘boomtowns’ where jobs are plentiful. But according to US Census Bureau’s data, only 11.2% of the population moved in 2016, the lowest rate on record since they began tracking mobility in 1948.

The data is reinforced by a May 2018 Glassdoor Research Report indicating that most job seekers stay close to home, with 71.5% of applications in the job seeker’s same metro area. This even though we’re in one of the longest economic expansions in U.S. history and unemployment rates are at historic lows, 3.9% U.S. and 3.0% in Charleston | SC.

But the Charleston region is running counter to the national trend. A recent report from Magnify Money, using 2011-2016 US Census American Community Survey and County Business Patterns data, ranks Charleston 4th among top 100 metros with the biggest business growth, most work opportunities, and the biggest influx of talent over a 5-year period.

The study cited Charleston’s 14% increase in business establishments, 17% increase in paid employees, and 9% increase in median wages, plus a 22% drop in unemployment as reasons for the high score, just behind Austin TX, Provo UT, and Raleigh NC.

The bottom line? While many communities are only now emerging out of the Great Recession (Magnify Money also ranked the ‘most sluggish growing places in America’) Charleston is a new “boomtown” – a place where people are gathering now to take advantage of growing prosperity, and to chase the American dream.