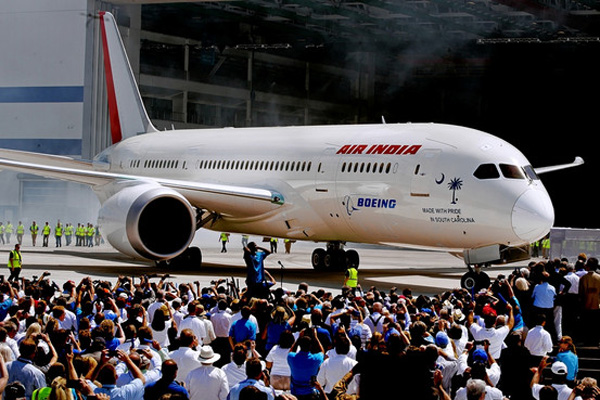 Between 2007 and 2012, South Carolina’s aerospace industry was the fastest growing in the nation, according to the U.S. Bureau of Labor Statistics. As one of only three places in the world assembling and delivering wide-body commercial aircraft, the Charleston region is proud to join the South Carolina delegation at this year’s Paris Air Show, June 17-23.

Charleston’s recent commercial aviation growth, combined with a deep military and aero manufacturing presence, ensure the region’s emergence as a global aerospace hub. And the momentum continues… This year, Boeing announced a second investment of $1 billion and 2,000 jobs over the next five years, including establishing an engineering design center and adding a 737 MAX propulsion operation. Since launching a 1.2 million ft2 787 Dreamliner plant five years ago, Boeing has added 6,000+ jobs to the Charleston region.

While already home to major aerospace-related military organizations such as Joint Base Charleston and the Space & Naval Warfare Systems (SPAWAR), Charleston’s commercial aviation sector is rapidly developing— growing from 9% of aviation sector employment in 2007 to nearly half, at 49% today.

Here’s how some of Charleston’s aerospace businesses, suppliers and training programs are contributing to the state’s growing aerospace cluster:

To learn more about our region’s recent aerospace news be sure to read our latest coverage in FlightGlobal or check out the data on Charleston’s aviation footprint on our sector page here. Still want to know more? Contact us with your inquiries. And for those of you attending the Paris Air Show, we hope to meet you at South Carolina booth 3-A159.