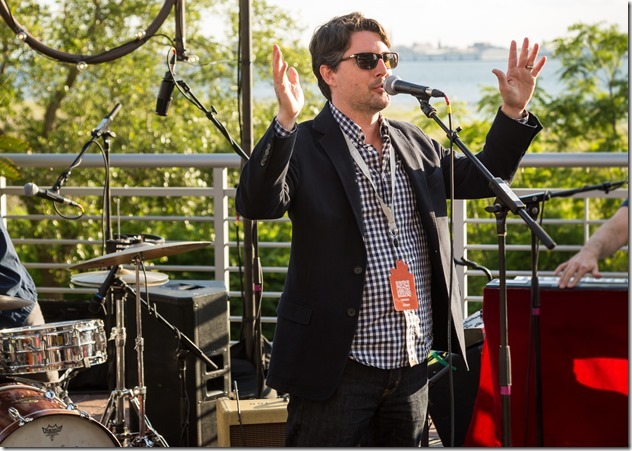 Stanfield Gray went to the Ad Age Digital Conference in New York City in 2011 and came back to Charleston inspired by the innovators, startups and forward-thinking Web and digital companies that presented there.

“I came back and couldn’t believe this didn’t exist in the Southeast — particularly in Charleston,” Gray said.

Gray set out to showcase the Southeast as a hotbed for technology and innovation, via a new kind of conference in Charleston. In early 2012, he began reaching out to Charleston-based tech companies, economic development agencies and accelerators, as well as friends in other cities, to gauge support and recruit presenters.

At the same time, his doctor found a lump in his neck. It turned out to be benign, but Gray said it spurred him forward.

“It inspired me to take a chance, take a risk,” Gray said. “It was something I was really passionate about. I believed it would fly. I felt there was no better time than right now.”

He put together a four-person team and launched Dig South in 2013 with the goal of linking investors to the Southeast and showing the country that creative startups can launch, grow and succeed in the region.

“We are building a reputation for the Southeast as a place to launch a product, service or platform, raise capital, find clients and recruit talent,” Gray said.

The 2015 Dig Conference in late April and early May had 1,470 registered attendees, up 30% from 450 registered attendees in 2013. And these figures don’t include several thousand people who attended free events such as the space walk tour of local tech firms and the nightly concerts.

Dig South includes local food and drinks and musicians from around the country to make it feel more like a South by Southwest and less like a typical business conference.

“This year we had a lot of success with venture capital firms getting involved,” Gray said. “The biggest goal for us going forward is to continue helping these startups and leading brands tell their stories and connect with the audience they are looking for.”

Zack Brown decided to raise money for a bowl of potato salad through a Kickstarter campaign.

It began as a joke for 3,300 people “to get a bite.” People did not get a product. Brown was not launching a business. It was just that — a single bowl of potato salad. Within a month, he had been interviewed on Good Morning America and raised $55,000 from nearly 7,000 backers.

Brown donated most of the profits to The Columbus Foundation, a nonprofit that works to end hunger and homelessness in his hometown of Columbus, Ohio.

“One of the key elements to Zack’s success was that it was new and fresh and funny. There was an emotional draw to the campaign,” said Rob Sebastian, executive adviser for Tilt.com, who has managed 30 crowdfunding campaigns in the past two years.

Sebastian advises entrepreneurs to use crowdfunding sites, like Kickstarter or Indiegogo, to reach customers, test products and raise money if they do not already have a large customer base or an avenue to reach consumers.

“Instead, go to consumers and say ‘Do you want this? Yes or no,’” Sebastian said.

Brown advised ending a campaign if 30% of the goal is not reached in the first three days, though others have had luck in the remaining hours of campaigns. Sebastian said lack of preparation and storytelling causes crowdfunding campaigns to fail.

“One of the keys to success is the ability to create an emotion and a sense of urgency,” Sebastian said. “Figure out how to create a video or some kind of content that’s just not boring. … You have to entertain people.”

“If you’re not willing to run as fast the market, it will crush you.”

“With bootstrapping, there’s not much time with a skeleton crew to market or sell your product. Build relationships and partnerships and create brand ambassadors to scale your business quickly with little money early on.”

“Women want wearable tech but no one is listening to them or trying to court them.”

“Find those people that need your product and tell a story. How can your product make their world a better place? That’s your strategy.”

“Do not validate the merits of your business on capital. Be scrappy. Solve problems. Get creative.”

“Execute like a madman. The money will find you.”

“It’s just like approaching a customer. Do your homework. Know what they want to buy.”

“We need to hold men accountable for this. Just because a guy says they support women, if I don’t see that reflected in their business, I’m going to call them out on that, especially in tech.”

“Find people that are like-minded and push you to be your best. You can do this. You need people to tell you to keep pounding the pavement.”

“You can’t be the only one controlling everything. Bring talented people in. That’s the biggest mistake we made early on.”

“You can have lots of shiny buildings, but a community is what makes coworking spaces and tech hubs work.”

“I’m anti ‘build it and they will come.’ You can spend a lot of money and that might not be what you need.”