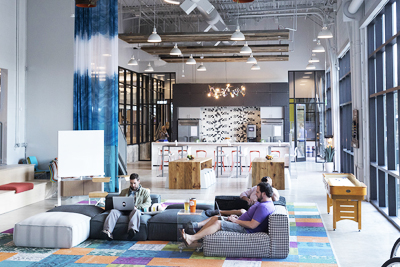 A recent Forbes’ article, highlighting the growth of technology jobs beyond Silicon Valley, states that ‘more than two-thirds of tech workers feel little or no need to live in the Bay Area.’ With the emerging success of Charleston’s Information Technology cluster, the Charleston Regional Development Alliance couldn’t agree more.

Forbes highlighted five major metros as examples of the trend, with Atlanta as the only eastern metro cited. Boasting a population of almost 6 million, Atlanta’s population dwarfs Charleston MSA’s estimated 761,000 – but from a tech community perspective – Charleston compares favorably.

Charleston metro saw a significantly higher growth rate of 80% in tech jobs over the same timeframe, making Charleston the #1 mid-size metro for IT job growth in the country.

Add in IPO’s for Blackbaud and Benefitfocus, along with acquisitions of SPARC (Booz Allen Hamilton), PeopleMatter (Snagajob), and PureCars (Raycom Media) and others, prove that you can launch and scale a successful tech business in the Charleston market.

Forbes concludes, “As tech leaders settle in new neighborhoods, they challenge the old way of doing things, draw from local cultures, and create fresh solutions. All they need is a warm place to land.”

That sentiment is echoed by the Charleston Open Source talent recruitment initiative, a collaborative effort by Charleston tech firms to share all that’s amazing about working in technology here, and a welcoming resource for landing a tech job.

Charleston Open Source’s message to tech talent: You can work anywhere. You should work here.