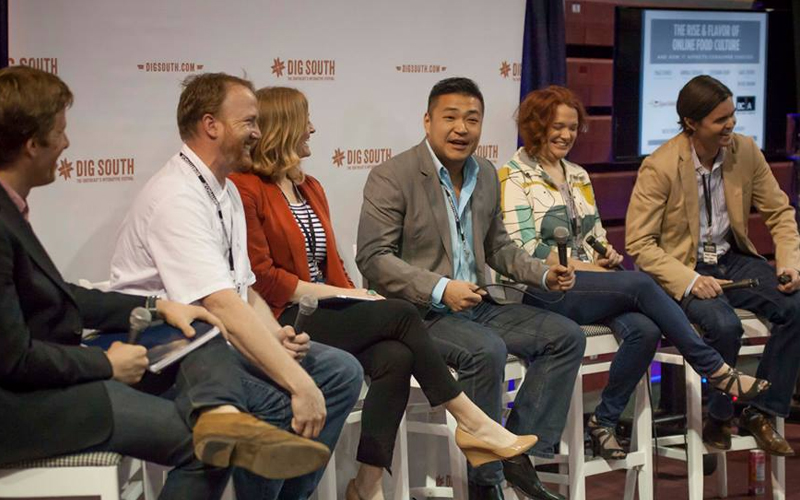 This month marked the second year of the Southeast’s first and only interactive tech event, DIG SOUTH in Charleston | South Carolina | USA.

But the festival wasn’t just about drawing people in to the Lowcountry to share ideas and innovation, it was also about showcasing the thriving startup scene already here. “Pay attention to the South because this region has something special to offer worldwide in the next five years!,” said Southern/Alpha Marketing Director, Kelley Boothe.

Besides the traditional tech conference topics of entrepreneurship, marketing, social media and gaming, DIG SOUTH hosted Wild Pitch, an event where startups can showcase their scalable idea and the winner earns an immediate $10K investment; HACKCharleston, a 24-hour challenge for top software developers, code slingers and designers to build the most brilliant app; Space Walk, a tour to showcase Charleston’s swankiest tech offices; and who could forget the Steampunk Startup Party with live music, beer gardens and funky costumes?

DIG SOUTH also debuted Robocoin, the world’s first Bitcoin ATM. Charleston could be one of the few cities in the country to house Robocoin, according to Southeast Bitcoin co-founder Trey Morrison. “Charleston is quickly becoming the Southeast’s major hub for high tech and innovation. It makes perfect sense for Charleston to be among the first cities in the country to have a Bitcoin ATM.”

Speaking of firsts, day two keynote speaker CEO/Founder of CrowdFlik, Chris Hamer announced the official launch of the company’s video-share app. CrowdFlik is a location based event-centric app that allows you to share, view and edit mobile video footage captured by you, your friends or anyone else filming within a crowd. CrowdFlik automatically synchronizes and organizes multiple video streams and gives you the power to easily create multi-angle, shareable video compilations of your favorite moments at your favorite events.

FOX Business caught word of the festival, running an exclusive op-ed by DIG SOUTH’S founder and CEO, Stanfield Gray titled “How Charleston’s Charm is Growing a Startup Scene.”  In the piece, Gray notes that “Charleston’s charm makes the region increasingly attractive to tech innovators and entrepreneurs. It is an ideal place to start a business, form a partnership, find an ally or simply make a friend.”

DIG SOUTH’s success is another indicator that Charleston is serious about its startup culture. And we have the numbers to prove it:

To learn more about Charleston’s rapidly growing tech sector, or the resources available to launch your business here, visit our IT industry page.