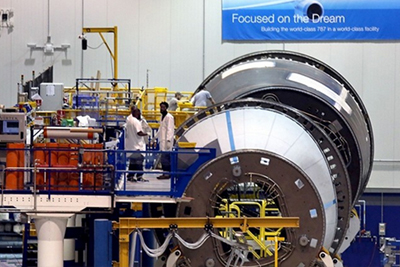 While most people know Charleston | SC | USA as a great place to visit, top companies and talent are realizing that the entire metro offers dynamic opportunities to live, work and play. The neighborhoods within Berkeley, Charleston and Dorchester counties each have their own strengths and flavor, underscoring why so many different industries ─ from manufacturing to high tech ─ thrive here.

History with a Twist – Charleston lives up to its reputation as the best city in the world with antebellum buildings, hidden gardens, ocean breezes, and the shops & nightlife of King Street. But there’s more to the city than its historic charm. Downtown Charleston is headquarters for tech companies like PeopleMatter, (recently acquired by Snagajob), BoomTown, PhishLabs, Avoxi, Fuzzco, and Blue Ion. Thanks to the city’s tech job opportunities, renowned restaurants and beautiful beaches, Charleston has become a millennial magnet. And this year, quintessential California craft beer maker Lagunitas joined the region’s growing number of local breweries with a beer sanctuary and taproom in Charleston’s Southend Brewery.

“Meathacking” District – Though Charlestonians have varying names for the neighborhood, including NoMo, Creative Corridor and Half Mile North, they can agree that Charleston’s upper peninsula has emerged as a robust tech district and bbq hub. Other major players in Charleston’s tech scene, like Ceterus, the Charleston Digital Corridor, and Blue Acorn, are setting up shop alongside new barbeque joints and, yes, more breweries. In fact, three of the country’s most notable pit masters will be established in one square mile of land on the upper peninsula by the end of the year.

Manufacturing Mecca – North Charleston is a manufacturing powerhouse in the region, home to major operations for Boeing, Mercedes-Benz Vans, TIGHITCO and numerous others. The area is also the foundation of South Carolina’s aerospace cluster, which generates a $17 billion economic impact each year and employs 17,000 people. Companies in the region have access to a reliable talent pipeline thanks to strong training programs at Trident Technical College and through the state’s ReadySC program. And there’s much more to North Charleston than manufacturing. The city, in its own right, is home to a vibrant array of farm-to-table restaurants, craft breweries, and shopping destinations.

Smart Village – The northeast side of Summerville in Berkeley County is home to Nexton: South Carolina’s first gigabit community, which is also home to the South Carolina Research Authority and currently Volvo SC. The 5,000-acre, mixed-use, master-planned community is paving the way for “smart” communities, and provides broadband connections that are about 100 times faster than average fixed high-speed internet connections. With all that extra time, Nexton residents can walk the community’s miles of trails and parks, or stop by Summerville’s farmers market when it’s time to unplug.

Live, Work, Play – Mount Pleasant offers residents the epitome of work-life balance with business being done along tree-lined villages, restaurants and the waterfront. During the 2013-15 fiscal years, the city spent $56 million on infrastructure, including transportation and lifestyle projects, that transformed Mount Pleasant into a walkable, bikeable ode to the “live, work, play” mentality. Now, Mount Pleasant is the fastest-growing city of its size on the East Coast, and is dotted with tech companies like Qonceptual, SPARC, Oneinamil, eGroup, and Jack Russell Software.

Wide Open Spaces – One of the region’s fastest growing municipalities, suburban Goose Creek was heralded as a “best place to raise kids” by Bloomberg Businessweek two years in a row (2011-2012) and this year as one of the most affordable places in South Carolina. Surrounded by Berkeley County’s beautiful landscapes, Goose Creek also reaps the benefits of the area’s serious business community. Global players are investing millions to take advantage of Berkeley County’s labor force and infrastructure, with major operations including a Google data center, Volvo’s first U.S. factory and an integrated manufacturing plant for Viva Holdings Group.

The Charleston region’s colorful and diverse communities support a wide range of industries and lifestyles, and companies are taking note. To learn more about life in the Charleston metro, click here.